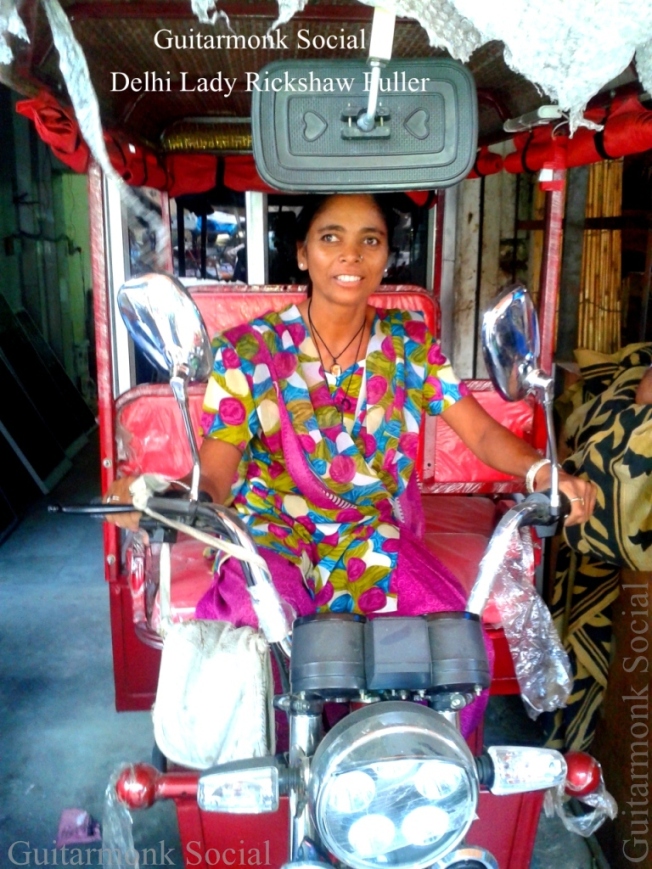 Rekha has been a single parent for almost 5 years now after her husband divorced her and married someone else. Leaving Rekha the sole responsibility of looking after their 2 kids, who are now in 8th and 6th grade in elementary school.  The kids used to study in Delhi but due to the economic crisis the family was facing, their mother, Rekha decided to send the kids to her mother in Rajasthan while she find ways to find a decent job to sustain her children’s growing needs.

Without a degree or a diploma, Rekha found odd jobs with meager incomes such as working as a housemaid and other physically strenuous jobs which later gave her some health issue, so she decided to find an alternative way to earn for a decent living.

And later on she found herself driving an auto rickshaw, a job that most people think are dominated by men and only for men. She was persistent and determined to get the job despite many people were trying to discourage her and yet she didn’t heed to the opinion of others. She was undaunted and proved to them that whatever a man can do, can also be done by a woman.

Though she went through training on how to drive the three-wheeled vehicle, she also struggled at first, not just with getting used to navigating the streets with the vehicle but because it was also quite unusual to have a female driver and she had to bear with the discomfort while her passengers or people in the streets stare at her. And she also had to overcome the fact that some male auto drivers are simply uncooperative or sometimes try to intimidate her.

As often said, experience is the best teacher that Rekha eventually gained confidence in her new skills and in her new occupation.

Safety on the road is Rekha’s concern. She ensures to ply the Nazafgarh – Subhash Nagar with caution and to deliver her services to her passengers with much pride.

Despite driving around streets day and night, exposed to elements and crimes, Rekha is confident and she relies also with the help of her male co-rickshaw drivers and the police. She has already established good connections with people she gets to meet everyday from her line of work and the passengers they often deal with.

Rekha’s dedication and determination to her work is truly admirable. She did not allow the critical events in her life to dampen her spirits, instead she used them to toughen up and brave the discriminating world and be recognized as a woman who signifies hope and breaks the prejudice against women. Truly, Rekha is a woman of power with her own means.

Guitarmonk Social salutes women whose integrity and actions bring positive changes and contributes to the reformation of character and values of the modern youth and future generation.

We invite your participation to support the Women’s Empowerment Cause:

To Participate/ To Donate – Fill the form below